April 24, 2014 – Teams from the University of Wisconsin-River Falls took first place in the soils competition and third place in the crops competition at the annual North American Colleges and Teachers of Agriculture (NACTA) Judging Conference at Northwest Missouri State University in Maryville, Mo., April 10-12.

The first place UWRF soils team included Nicky Broeske of Dorchester, Rob Wayne of Eau Galle, Nate Hankes of Beaver Dam, and Katie Wolff of St. Paul, Minn. Individually, Wolff took third place, Hankes was 7th and Wayne 10th from among the nearly 40 competitors. In the soils competition the students are given a limited amount of time to give a description and interpretation of the soil at four different sites. The three highest scores for each team at each site are used to calculate the team scores.

Sixteen teams competed in the crops competition which had four separate components: a written agronomy quiz; a practical with math problems related to agronomy; a lab practical with 75 stations where students must identify, interpret, calculate or evaluate the items or materials; and a crop and weed plant and seed identification component.  The four members of the UWRF team that took third places were:  Nikki Stehr of Zumbrota, Minn., Jacob Andrle of River Falls, Michael Pechacek of Prescott, and Eric Bechel of Durand.

In addition to the team members, six other UWRF students were non-competing participants. They experienced the contest but were not eligible for individual awards and their scores did not contribute to the team score.  The non-competing students were: Caleb Riedeman of Brandon, Austin Haag of Deerfield, Jon Alexander of Belview, Minn., Ashley Heil of Stratford; Jake Zwiefelhofer of Bloomer; and Logan Ahlers of Bigelow, Minn. The teams were coached by Holly Dolliver, associate professor of soil science and geology, and Bill Anderson, professor of crop and soil science.   For more information, contact Dolliver at 715-425-3395. 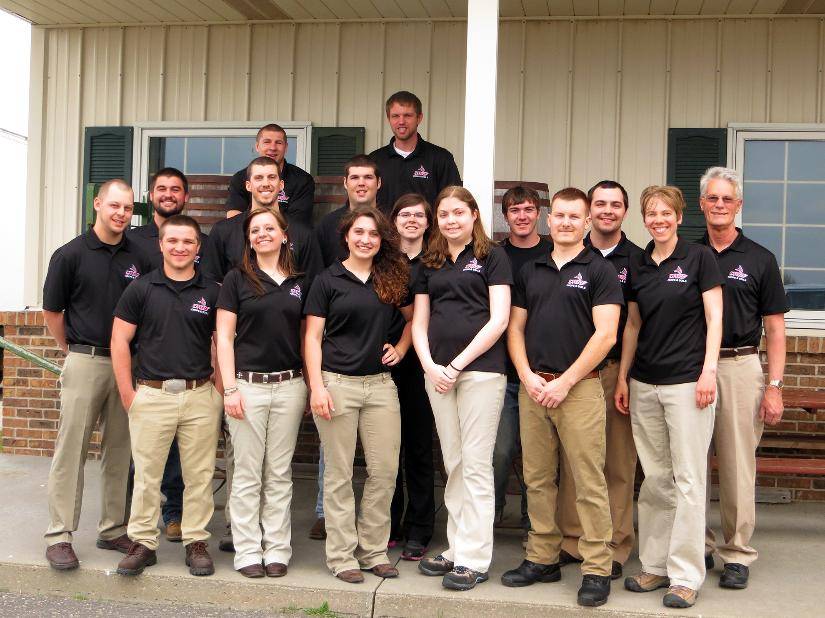 Photo: UWRF students and coaches at the 2014 NACTA Judging Conference.