April 3, 2014 -- The University of Wisconsin-River Falls Intercollegiate Horse Show Association (IHSA) Western Equestrian Team brought home the Reserve Championship from the national semi-finals competition, earning a trip to the IHSA National Championship Show in Harrisburg, Penn., May 1-4. The six-team riders and two qualified individual riders from UWRF competed against 34 other colleges from across the country in the semi-finals at West Texas A&M University in Canyon, Texas, March 29-30.

Team Reining led off the second day of competition with Alie Leonhart of Hugo, Minn., placing  third. Markie Maletzke of Cedarburg competed in the Team Advanced class and earned another third place finish, leaving UWRF tied for second place overall.  Elizabeth Kieffer of Kenosha, who had never shown a horse prior to her experience in IHSA at UWRF, took first place in the Team Beginner competition. In the last class of the day, Kayla Gosz of Manitowoc placed fourth in Team Open, giving UWRF a second place finish overall, just two points behind the first place team.

Carissa Beeksma of Ashland and Mack were the individual rider, and Mack advanced to Nationals by winning a Reserve Championship in Individual Novice. Leonhart is the Regional AQHA High Point Rider and automatically advances to Nationals.

The IHSA was established in 1967 by Bob Cacchione, then a sophomore in college. It was founded on the principle that any student should be able to participate in horse shows regardless of their financial status or riding level.  Cacchione is now the Executive CEO of IHSA, which has 400 member colleges from 45 states and Canada. He was on hand for the event and presented the awards. 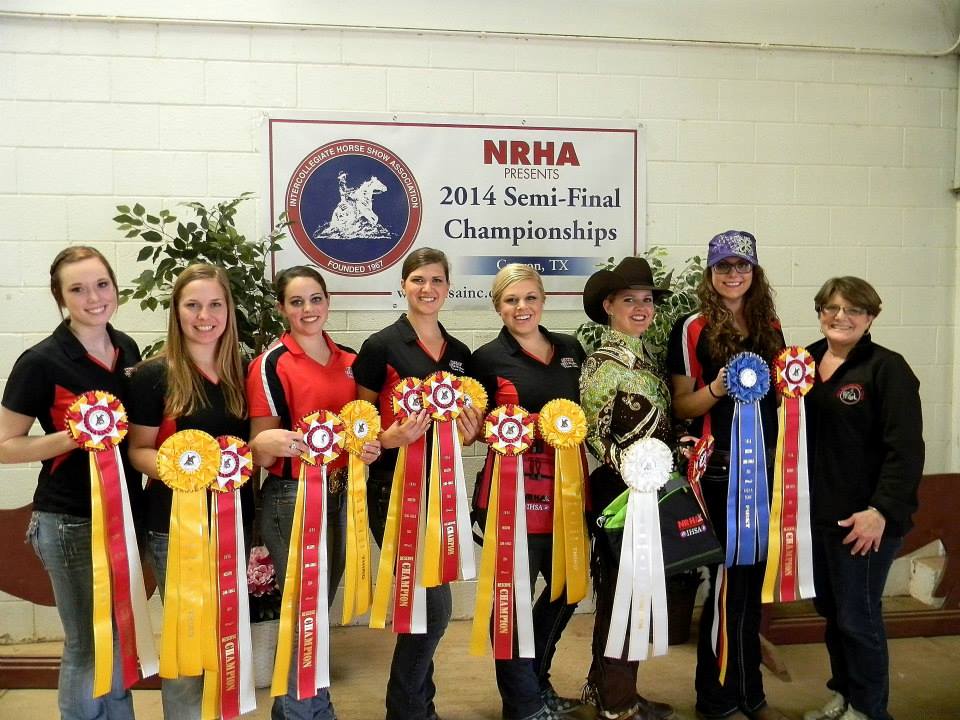