Feb. 12, 2012— The UW-River Falls community was saddened to learn of the death of former UWRF Chancellor George R. Field, 82, who died Friday, Feb. 10, at United Hospital in St. Paul following a short illness. Field served as president and later chancellor of UWRF from 1968-1985.

During his tenure, Field handled the merger of the River Falls campus with the University of Wisconsin System. The merger created one board of regents to oversee all of Wisconsin’s public universities and established the set of administrative procedures that govern UW-River Falls down to the present. With the merger, the president’s title was officially changed to chancellor.

Chancellor Field strengthened the shared governance decision-making structure of the university. He brought the faculty senate, the student senate, and later the academic staff council into the policy-making process. During his tenure the enrollment grew from under 4,000 to nearly 5,500 students. He also oversaw the construction of Rodli Commons, Hunt Arena, Kleinpell Fine Arts Building, Centennial Science Hall, and numerous other construction projects.

“Dr. George Field led the University with great wisdom during a time of growth, challenge and change, including the transition of Wisconsin State University-River Falls in 1971 to become part of the University of Wisconsin System,” says UW-River Falls Chancellor Dean Van Galen. “During his tenure as president and chancellor, Dr. Field built extraordinarily strong and positive relationships on campus and in the community.”

On Thursday, Feb. 16, a celebration of Field’s life will begin with a church service at 2 p.m. at Ezekiel Lutheran Church in River Falls. The celebration will continue with an informal gathering at approximately 3:30 p.m. in the Riverview Ballroom in the University Center on campus. The public, including the campus community, is invited.

“Dr. George Field will always be remembered as one of the most effective and personable leaders in the 137 year history of UW-River Falls,” says Van Galen. “Our campus extends condolences to his wife, Marcella, and to the entire Field family.” 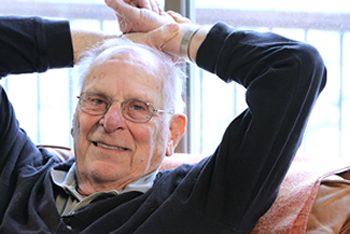