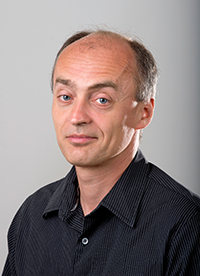 Tupan, who has taught in the Mathematics Department for 17 years, has the highlighted January article in the American Mathematical Monthly. Less than 10% of articles submitted to the publication are accepted.

In the article “Inellipses of Convex Polygons, Brianchon’s Theorem, and Bradley’s Theorem,” Tupan explains how to construct ellipses tangent to the sides of a polygon. Bradley’s Theorem is a formula addresses tangent lines drawn in the vectors of an ellipse gives six points, creating another ellipse, Tupan said. Brianchon’s Theorem is a formula that explains how to position an ellipse in a more complex form such as a hexagon.

Tupan said he became interested in writing the article after he read another article that only addressed the issue using equations.

“I realized it was very abstract with complicated equations,” Tupan said. “I thought it could be done more visually.”

Tupan’s article also was mentioned in a tweet from the Mathematical Association of America, the world’s largest community of mathematicians, students and enthusiasts.

He enjoys teaching and interacting with students.

“It’s always fun to see their faces light up when they understand a concept,” Tupan said.

In April 2020, Tupan had the article “A Generalization of the Steiner Inellipse” published and “A Simple Proof of the Siebeck-Marden Theorem” in September 2020.