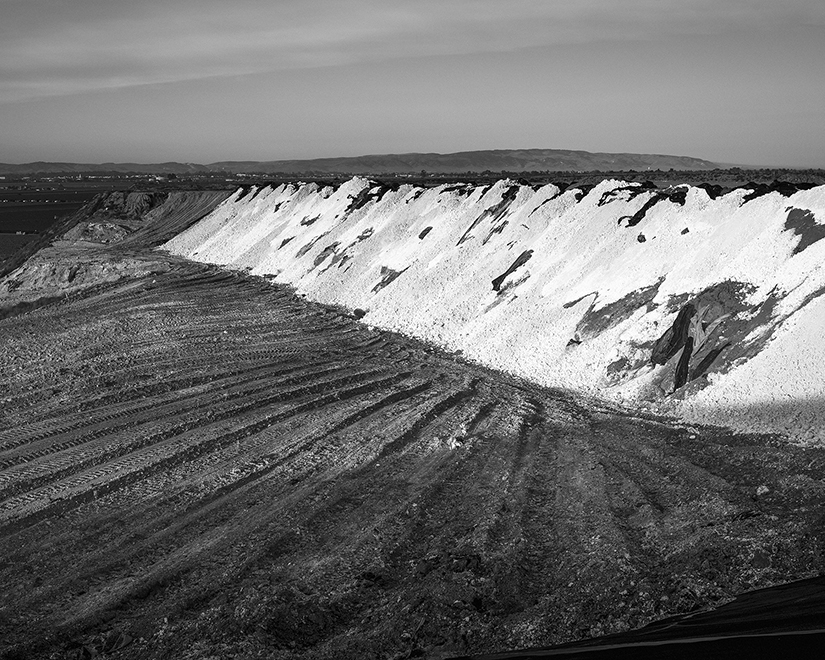 As a landscape photographer, Kallusky wanted to capture the acres of vegetables and fruits that help feed the nation as one of the major breadbaskets. He also wanted to raise awareness about the trash created by the industrial farms and the landfill filled with that waste. 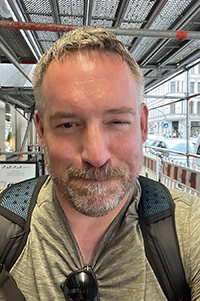 “This historic place, with its strong roots in Indigenous and Spanish-American cultures, is a reflection of a much larger cycle of production, consumption and waste,” Kallusky wrote in the book.

“Plastic winds its way through this engineered landscape like a dark, opaque river,” he wrote. “Sheets of it are used above the soil as an exoskeleton, warming the raised ground and protecting the strawberry plants whose roots are wrapped in, and watered by, an engineered cocoon. The plastic tubing that is used for irrigation, once it is retired from the fields, is formed into bales of several hundred pounds each, leaving immense but temporary ramparts and parapets in the landscape.”

Kallusky, UWRF Art Department chair, started taking photos in the Santa Maria Valley after he was introduced to the area by his former father-in-law who worked at a company that collected soil polluted by oil. A refinery in the area processes 44,500 barrels of crude per day, shipping most of it to a refinery near San Francisco and makes sulfur fertilizer products used locally.

The landfill area looked like a beautiful landscape in places and then like the surface of the moon in others, Kallusky recalled.

“That tension was interesting to me as a photographer,” he noted. “I wanted the book to be like a sketchbook and to cause reflection.”

He used different cameras, primarily a large format camera, to capture the pictures. He opted to use black and white photos to help show the starkness and contrast of the area. 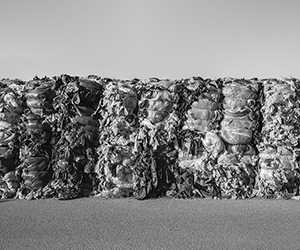 Kallusky published the photographs to show what is going on behind the scenes in the food growing industry and the waste that comes from it. He is not judging the industry but documenting it because he knows he is also a part of the problem with plastic waste like most Americans unaware or choosing to ignore the plastic waste generated in their daily lives.

Plastic sheets used in farming used to be shipped to Korea and made into garbage bags. That is no longer happening because of formaldehyde used in the strawberry growing, which can irritate the skin, eyes, nose and throat and has been shown to cause cancer in elevated levels of exposure, the book noted.

The book contains an essay “Santa Maria’s Ground Truth” by Matthew Coolidge, founder and director of the Center for Land Use Interpretation and a faculty member of the California College of Art.

“In ‘Landfill,’ Brett Kallusky shows what happens, locally and globally,” Coolidge wrote. “He vividly describes a landscape that is mounded and bound, defiled and deflated. Kallusky’s book is a compelling depiction of multiples, monotony, dumps, slumps and lumps.”

One of Kallusky’s favorite pictures in the book is of a hooded hawk. Hawks and falcons are used to abate other birds from the landfill area to prevent the spreading of garbage.

“The hawks become a visual metaphor for how we are creating distress to the planet,” said Kallusky, of Minneapolis. 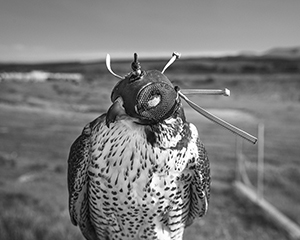 Kallusky is a 1998 UWRF BFA in photography alum and the first person ever to graduate from UWRF with that degree. He has his MFA in photography from the Cranbrook Academy of Art. Since 2007, he has taught photography full-time while maintaining an active photographic studio.

Rebecca Senf, Tucson, Arizona-based Center for Creative Photography chief curator, said Kallusky’s book is “a meaningful addition to how we understand our way of life in this current moment in the climate crisis.”

“Brought together in a gorgeous book, the images reveal an unpleasant reality tucked conveniently out of view,” Senf noted. “The photographs in their studied, intentionality and careful elegance, insist on the urgency of the situation and the inevitable doom that awaits if we continue to ignore what is happening all around us.”

“Landfill: Elegy for the Santa Maria Valley” is available on Amazon. It was published by George F. Thompson Publishing in association with the Minnesota State Arts Board and the Center for the Study of Place.

Kallusky has also published a book “Journey with Views/Viaggio con Vista” based on photos he took while a Fulbright Fellow in Italy. He is also a two-time finalist for the McKnight Fellowship for Photography and Visual Arts.

Photos courtesy of Brett Kallusky
Brett Kallusky (top)
Baled plastic at the Santa Maria Regional Landfill (center)
Kim and John Golden's Falconry is a program that replaces fireworks or ammunition to scare seagulls and crows away from the landfill. (bottom)