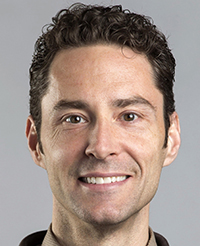 October 24, 2019 - “The Sound of Stalinism: Music and Politics in East Germany and Poland” will be presented at the University of Wisconsin-River Falls on Tuesday, Nov. 5, at 4:30 p.m. in the Kinnickinnic Theater in the University Center and will be preceded by a reception at 4 p.m. The lecture is free and open to the public.

The lecture, part of the Edward N. Peterson Lecture Series, is being presented by David Tompkins, Ph.D., associate professor of history, director of European Studies and director of the Center for Global and Regional Studies, Carleton College.

In the early years of the Cold War, communist officials in Central Europe sought to remake their societies in the Stalinist mold. Music played a crucial role in this attempt to create new socialist citizens. This talk will delve into the music and politics related to the drive to transform the worldviews of Poles and East Germans.

The Edward N. Peterson Lecture Series honors the memory of Professor Edward N. Peterson, who taught at UWRF from 1954 to 2005. It addresses issues that were the focus of Peterson’s academic life and are still relevant today: war and peace, abuses and limits of power, the struggle for democracy in the 20th century.

Additional information about this lecture series and this event is available at http://bit.ly/2Jd7dKK. For more information, call the UWRF History Department at 715-425-3164.