May 6, 2011—Each year the University of Wisconsin-River Falls recognizes one outstanding alumnus. This year, the award of Distinguished Alumnus was bestowed upon 1984 graduate Juleen Zierath. 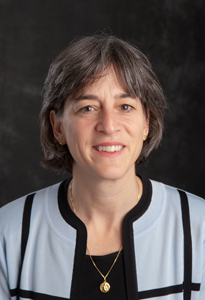 “I was deeply honored when I read the notification. The news was incredibly unexpected. I am particularly aware of the significance of this award, since one of my own mentors, Dr. Emogene Nelson, received the Distinguished Alumnnus Award in 1982,” says Zierath.

“When I was an undergraduate student at UWRF, I never imagined that one day I would be a professor at a medical school, leading a group of scientists and conducting research to understand the causes and treatment of diabetes,” says Zierath.

As head of the Section of Integrative Physiology, Department of Molecular Medicine and Surgery at Karolinska Institutet, Zierath’s research focuses on cellular mechanisms underlying the development of insulin resistance in Type 2 diabetes.

Zierath helped accomplish the development of methodology for translational studies to delineate molecular mechanism for insulin resistance in Type 2 diabetic patients. Her group provided the first evidence for physiological regulation of insulin signaling pathways and revealed key steps along this pathway that are impaired in diabetic patients.

Using genetically modified experimental models of insulin resistenceresistance, she has systematically revealed the contribution of specific genes to whole body and cellular physiology. Through functional genomics, she has validated novel diabetes prevention targets.

The ultimate goal of her work is to identify and validate molecular candidates for pharmacological therapy to treat insulin resistance. By improving insulin sensitivity, it is possible to alleviate diabetic complications and improve quality of life for the diabetic patient.

“I am acutely aware that my education at UWRF laid the ground work for my future academic, administrative, and research experiences,” says Zierath.

Zierath was also awarded the Prestigious Minkowski Prize from the European Association for the Study of Diabetes, the Datta Lectureship Award for outstanding achievement in the field of biochemistry and molecular biology from the Federation of European Biochemical Society and a Distinguished Professor Award form Karolinska Institutet.

“There is a long tradition amongst the faculty and staff at UWRF to go out of their way to give students specialized attention and this really helped me feel confident to take on greater challenges in my career,” says Zierath.

In 2005, she was a recipient of a Future Research Leader award from the Foundation for Strategic Research.

In 2006, she was appointed to the Nobel Assembly at Karolinska Institutet and since 2008 she is member of the Nobel Committee for Physiology or Medicine. She is Chairman of the Board of Directors of the Keystone Symposia and member of the Executive Committee of the European Association for the Study of Diabetes.

Most recently she was awarded an Advanced Grant from the European Research Council, one of five awarded to Sweden in 2009.

“I had tremendous role models and mentors to turn to at UWRF that guided me through my early academic development and helped me make important choices that shaped my career,” says Zierath.

She currently holds editorial positions with several leading scientific journals in the area of endocrinology and metabolism and is currently Editor-in-Chief of Diabetologia. Her research accomplishments have been recognized at both the National and International level.

Zierath has been asked to return to UW-River Falls to accept her award as Distinguished Alumnus, at spring commencement on May 14.

“I have very fond memories of my time at UWRF and vividly remember my own graduation in 1984. Graduation is a wonderful celebration of achievement and I look forward to participate in the coming ceremony and festivities that mark this significant milestone for the graduating class of 2011 and also to salute the returning alumni from the class of 1961,” says Zierath. “In addition, I look forward to visiting with current and emeritus faculty members of the Department of Health and Human Performance, as well as a few of my classmates from my own days at UWRF.”