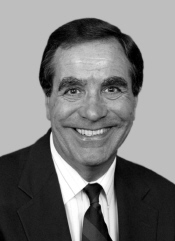 July 1, 2015 -- The widow of a Minnesota legislator known for his commitment to educators and the environment has established a scholarship for students at the University of Wisconsin-River Falls in her late-husband's honor.

Beginning next spring, two graduate students enrolled in the UW-River Falls College of Education and Professional Studies new STEMteach Program will be awarded $5,000 each thanks to a $10,000 grant in honor of U.S. Rep. Bruce Vento of Minnesota, a UW-River Falls alumnus. After its first year, the Bruce F. Vento Science Educator Scholarship will be awarded to one STEMteach graduate student and one undergraduate secondary education major in biology, chemistry, physics, physical science or broad field science.

The scholarship is specifically targeted to support students pursuing a science education degree. It's a cause that was close to Bruce Vento's heart, since he worked as both a junior high science and social studies teacher before running for Congress, according to Susan Vento, Bruce's widow.

"He loved science and always raved about the wonderful education he received at River Falls," Susan said.

Bruce, a lifelong resident of east St. Paul, was first elected to Minnesota's 4th District in 1976 after serving six years in the Minnesota Legislature. During his 12 terms in Congress, Bruce, a Democrat, was a tireless advocate for environmental causes. He supported restrictions on logging to protect the spotted owl, fought for higher fees for grazing on public lands and more federal aid for urban parks.

In 2000, Bruce announced that he would not seek re-election. He suffered from mesothelioma, a cancer in the lining of the chest cavity, and died later that year.

"His goal was to beat mesothelioma and then return to a classroom as a volunteer," Susan said. "He loved teaching and especially loved getting kids outdoors to experience all that there is to learn from nature."

At a fundraiser for a scholarship in Bruce's honor, President Bill Clinton said he was touched by Bruce's decency and concern for others.

"Bruce never stopped being a teacher, and those of us who were privileged to know him have all been, at one time or another, his students," Clinton said.

For more information about the scholarship, email at julie.stucky@uwrf.edu or call the UW-River Falls Foundation at 715-425-3505.