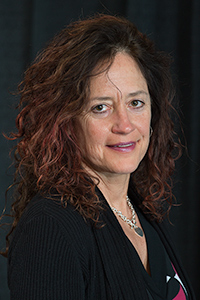 Initially a UWRF Sustainability Faculty Fellow in Spring 2011, Dr. Gaard is the current Coordinator for the Sustainability Faculty Fellows. Before coming to River Falls, Gaard was an Associate Professor of Humanities at Western Washington University in Bellingham, Washington (1997-2002) and an Associate Professor of Composition and Women's Studies at the University of Minnesota-Duluth (1989-1997). She has been active in the environmental movement since 1989, working to found the Minnesota Green Party, and to organize movements against economic globalization through direct action to address the General Agreement on Tariffs and Trade (GATT), the North American Free Trade Agreement (NAFTA), and the 1999 World Trade Organization (WTO) meeting in Seattle. Since returning to the Midwest, she has continued her activism through work with MN350.org, participating in the "Forward on Climate" March in Washington, D.C. and in the "People's Climate March" in New York City. She has served on the Executive Council for the Association for the Study of Literature and Environment (ASLE).