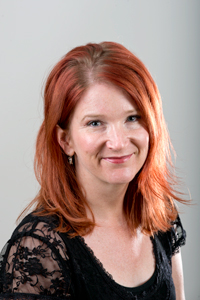 Michelle Parkinson has published critical works in Prose Studies and The Sixteenth Century Journal. Her creative work has appeared in The Sycamore Review and Utah State University Magazine. Her dissertation focused on sexuality politics in early modern England through readings of the letters and speeches of Elizabeth I and the plays of John Lyly and Christopher Marlowe. She has attended numerous conferences in the United States and the U. K. Recently, she travelled to Scotland as an invited speaker at the University of Strathclyde in Glasgow to deliver a talk on the execution of Mary Queen of Scots. Her current research centers on the political, religious, social and legal rhetoric surrounding the phenomenon of execution in early modern England. She teaches Shakespeare, Introduction to Literary Studies, British Liturature Survey I, Shakespeare on Film and Human Issues in Liturature.