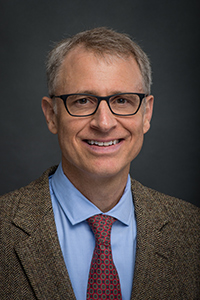 Neil Kraus has been at UWRF since 2005.  He teaches several courses in American politics and public policy, and specializes in urban politics and policies.  He is Department Chair, Pre-Law Advisor, as well as Chair of the International Studies Program. Professor Kraus has written two books: Majoritarian Cities: Policy Making and Inequality in Urban Politics (2013, University of Michigan Press), and Race, Neighborhoods, and Community Power: Buffalo Politics, 1934-1997 (2000, State University of New York Press), as well as several journal articles and book chapters on topics such as race and urban politics, education policy, inter-local cooperation, the politics of Presidential elections in Wisconsin, as well as the politics of voting regulation in Minnesota and Wisconsin. Professor Kraus is also a frequent contributor to local and regional news organizations, including as the author of several articles for The Cap Times and MinnPost. He is currently writing a book about economic inequality and education policy.