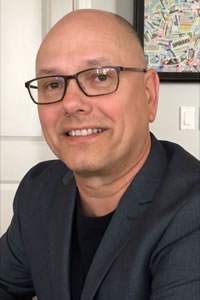 Rik is a counseling psychologist who teaches courses primarily in General, Abnormal, Personality, and Clinical Psychology. He is also the coordinator of the Peer Mentoring program within the department. His current research interests focus on factors that influence stigmatic thinking of mental disorders; and factors associated with effective peer mentoring programs. Other research interests have included social cognitive aspects of evaluation and relationships, addictive behaviors, and the history of madness.

Nationally, Rik is currently the Chief Reader of AP Psychology, and has previously served as Chair of the test development committees for the advanced GRE in psychology and the Major Field Test in psychology.

Rik has also been very involved in study abroad programs. He was a co-developer and is currently involved in The Catalyst Program.  He has twice been a faculty member on the Wisconsin in Scotland program, served as coordinator and group leader of the International Traveling Classroom, and was an instructor and assistant director of the British Studies Program.

Rik has twice been named an Outstanding Teacher in the College of Arts and Sciences.