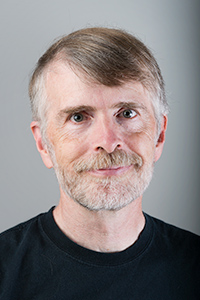 Dr. Blodgett greatly enjoys teaching the experimental side of physics at all levels, from introductory labs through advanced laboratory. He is very interested in learning more about how students learn physics, with the goal of constantly reexamining and improving how our own introductory courses are taught. He was recognized as the 2014 Distinguished Teacher for UWRF.

He has served on the National SPS Council since 1999, including two terms as President of SPS. He has served as the Historian of SPS and Sigma Pi Sigma since 2009, and was given Honorary Membership in Sigma Pi Sigma in 2016. He has been involved in advising future science teachers for over twenty-five years, and is presently Program Director for a new post baccalaureate program called STEMteach, which will allow individuals with a degree in science or math to earn their teaching license in one year of intensive preparation.