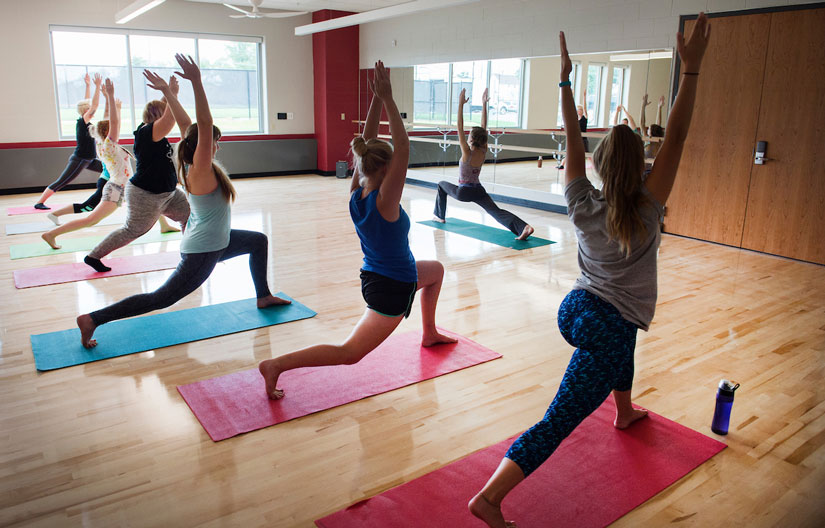 The Fitness Center Studios are new major additions that replace previously used space in Karges while at the same time adding space to increase the program offerings for both Health and Human Performance and Campus Recreation.  There are three studios, all of a different size.  The smallest has a different floor covering and is expected to be used for activities like spinning and group fitness.  The medium and larger are meant for other large group fitness or class activities.

Construction of the studios began in the summer of 2015 and they opened Fall Semester 2016.