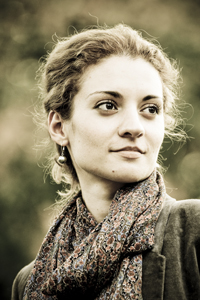 Lecturer of Music, Violin and Viola

Russia’s native violinist Natalia Moiseeva holds BM and MM degrees in Violin Performance from the Moscow State Tchaikovsky Conservatory in Russia, where she studied with Sergey Girshenko, and a DMA degree in Violin Performance from the University of Minnesota. She is a prizewinner of international and local competitions, including National Youth Competitions (Russia) and the University of Minnesota School of Music Concerto Competition. Natalia has appeared as a soloist with orchestras both in the United States and in Europe. An avid chamber music player, she performs regularly in the Twin Cities Area as well as abroad, collaborating with the members of Minnesota Orchestra and St. Paul Chamber Orchestra. She was a part of the State Symphony Orchestra of Russia, named after Evgeny Svetlanov, for five years before moving to the United States. Natalia is an assistant concertmaster of the Minnesota Opera orchestra and often performs with the Minnesota Orchestra and Saint Paul Chamber Orchestra.