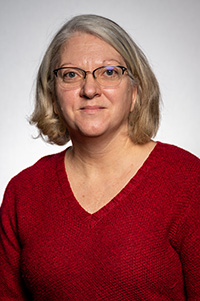 Vice Chancellor for Business and Finance

Elizabeth started as the Budget Director in November of 2011 and was promoted to Assistant Chancellor for Business and Finance on July 1, 2012. All of her professional work experience has been with one form of government or other. She previously was the City Administrator for the City of Prescott WI (2006-2011), the Director of Finance and Human Resources for the City of Lodi, WI (2000-2006), and an Audit Supervisor with the State of WI Legislative Audit Bureau (1994-2000). In addition, she retired as a Command Sergeant Major from the Wisconsin Army National Guard in 2006 with 24 years of experience.

Elizabeth and her husband Rick live in Hager City. They love camping, the outdoors, traveling, and football.