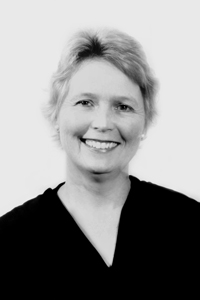 Laura Edman is an active performer in the Twin Cities area. She received a D.M.A. in organ performance from the University of Minnesota. Her organ teachers have included Heinrich Fleischer, Russell Saunders, Robert Luther and Dean Billmeyer.

Dr. Edman is Adjunct Instructor of Music at the University of Wisconsin-River Falls, and is the organist at First Presbyterian Church in Stillwater, MN. She is an active member of the Twin Cities Chapter of the American Guild of Organists and served as dean of the chapter from 2012-2014. She served as organist for fourteen years at The Church of St. Michael in Stillwater prior to her position at First Presbyterian Church.

Edman was one of five participants who performed in the 2007 Summer Institute for French Organ Studies in Poitiers and Epernay, France. In September 2016, she attended the GoArt Organ Academy in Gothenburg, Sweden and studied with Harald Vogel.