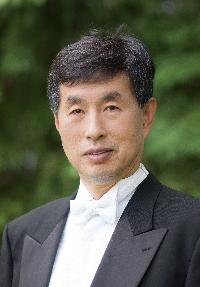 An active lecturer and clinician, Dr. Park has also given presentations throughout the United States, Korea and Japan. He has presented his lecture, "Breathing Without Breathing: Incorporating Tai Chi into Choral Warm-ups," at the ACDA Regional Convention in 2008 and the Wisconsin Music Educators Association Conference in 2007. His article on the same topic was published in the ACDA Choral Journal in February of 2009. Recently, he founded the group JW Chorale in Seoul, Korea, which is a festival choir that rehearses for two weeks and performs in July. In addition, he formed a female semi-professional choir composed of selected UWRF students and alumni called the Lumina Cantorum.