"'The Pledge Song,' written by Professor Geere for the semi-Centennial in 1924, had become the hymn of the college by the 1930s and was sung on all occasions, twice through, the second time softly. When played just before the kick-off at a football game, with band accompaniment, it gripped everybody. The 'Victory Song' was a snappy fight song that served the need at football games, and in 1933 a new pep song 'Here Comes the Team' made its premier at Homecoming. Some of the professors included these in pre-Homecoming tests to encourage students to learn the words of the new song."

William Abbott, chair of the Music Department from 1957 to 1969, wrote a later arrangement for the Pledge Song. (Abbott Concert Hall in the E.H. Kleinpell Fine Arts building is named for him.)

Today, you can find the words to the Pledge Song in the University Center.

Listen to a recording, made at the Fall 2010 Commencement. The singer is Jenika Boersma and the accompaniment is by the UWRF Faculty Brass Quintet (River Falls Brass).

A copy of "The Pledge Song" can be found in UWRF Series 43. 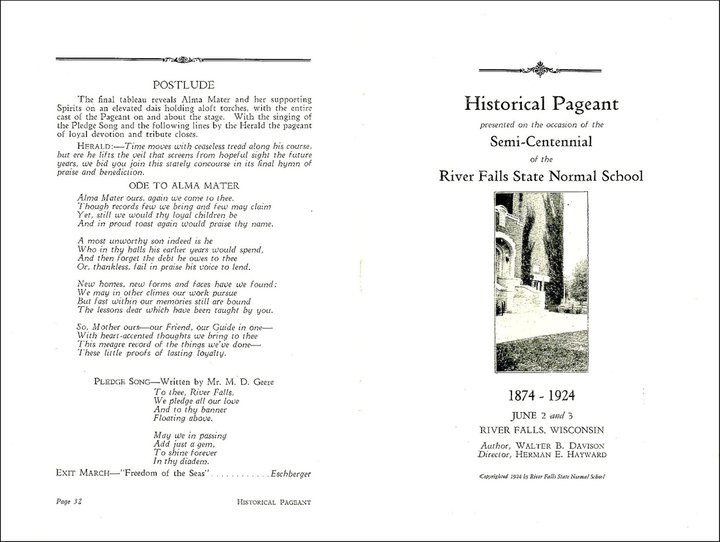 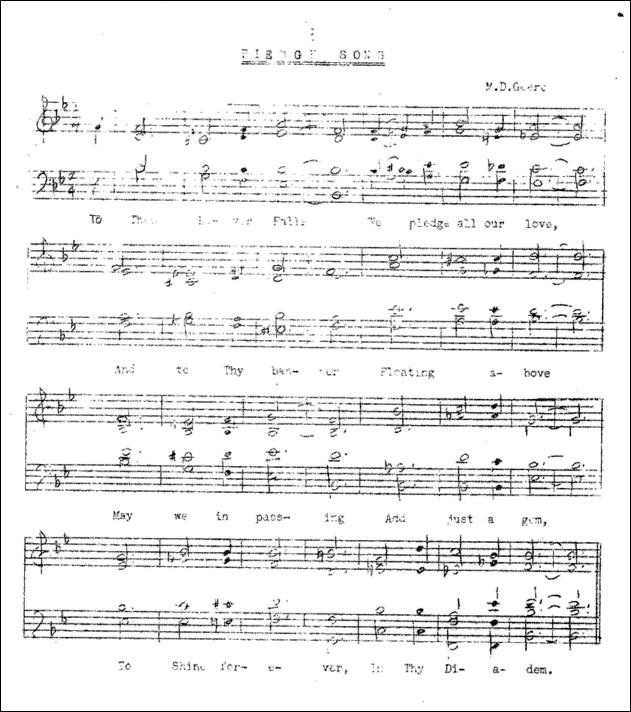 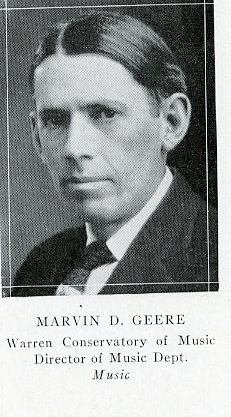 Marvin D. Geere, from the 1942
Meletean, the school's yearbook