Gathering of the SATC in front of North Hall (South Hall in the background), Oct/Nov. 1918

During WWI, UW-River Falls, then known as the River Falls State Normal School, was designated as a Student Army Training Corps (SATC) site. (read 1918 RF Journal article about SATC)  Barracks were built on campus and soldiers trained in the yards in front of North and South Hall. Visit the University Archives collection inventory for the SATC (UWRF Series 29) to read more and view photographs. 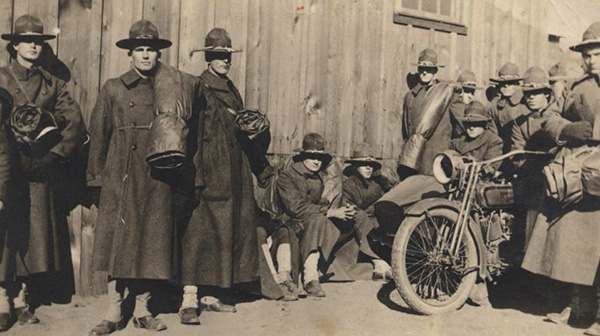 The first active involvement for River Falls in World War I came as a response to the Belgian Relief Appeal in late 1914. The city raised a total of $983.12, $126.50 of which came from UW-River Falls students and faculty, toward the relief campaign for the war torn populous of Belgium. Like cities all across the country, citizens of River Falls observed rationing protocol and collected paper (newspaper drive in River Falls elementary classes, 1917) and other items for the war effort. Local newspapers published a plethera of articles, advertisements and regular columns addressing war preparedness, personal responsibility and patriotism. Read a 1918 River Falls Journal article on the United War Work Campaign Day for Wisconsin pupils. 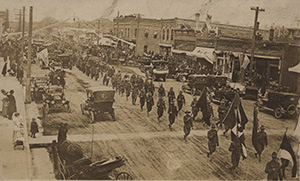 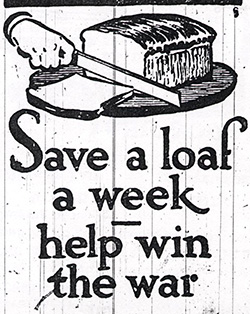