Listen to Music Department Concerts & Recitals on the web

When the Kleinpell Fine Arts Building was constructed and dedicated, there was a Recital Hall in which musical events took place, many of them led by Professor William Abbott, chairman of the Music Department 1957-1969 and a professor of music until his death in 1980. Upon the recommendation of the Music Department faculty, the Recital Hall was renamed Abbott Concert Hall after his death.

At the dedication program, Oct. 17, 1982, there were musical numbers by the Alumni Brass Quintet, Chamber Singers and the Alumni and Concert Choir. Following remarks by Dean Richard Swensen and Chancellor Field, there was a slide presentation of Abbott’s photographs and a woodcut print was displayed in the lobby. This talented musician was born in Lincoln, Neb., educated in Baker and Northwestern universities and had served on several college faculties before coming to UW-River Falls in 1957. He also found time to perform with the Fargo-Moorhead Symphony, the St. Paul Chamber Orchestra and the Guthrie Theatre. A memorial scholarship in his name has been established by the Music Department.

Proficient on several instruments, Abbott founded the St. Croix Valley Symphony and originated the minor in piano tuning in the Music Department. Though he had many interests in music, he was not enthusiastic about marching bands or even shooting off a cannon after touchdowns at football games! 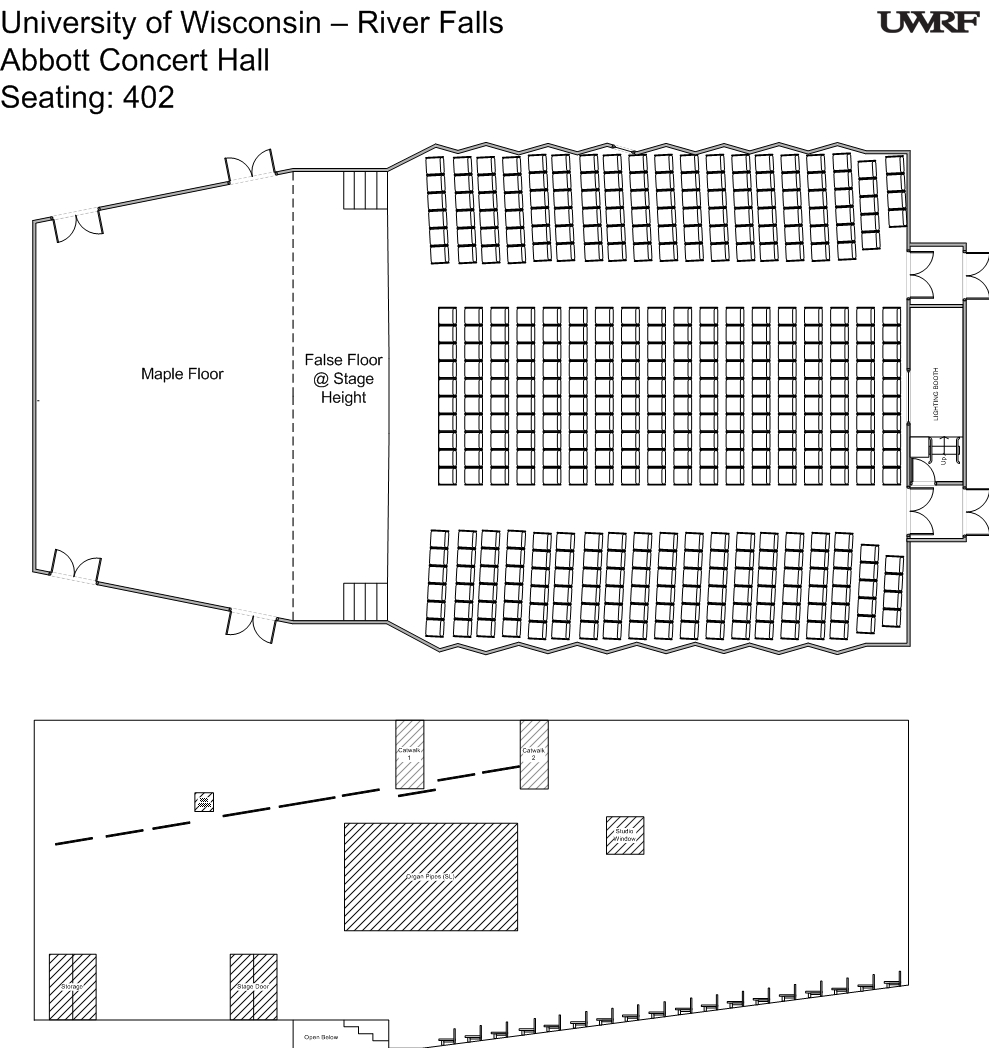